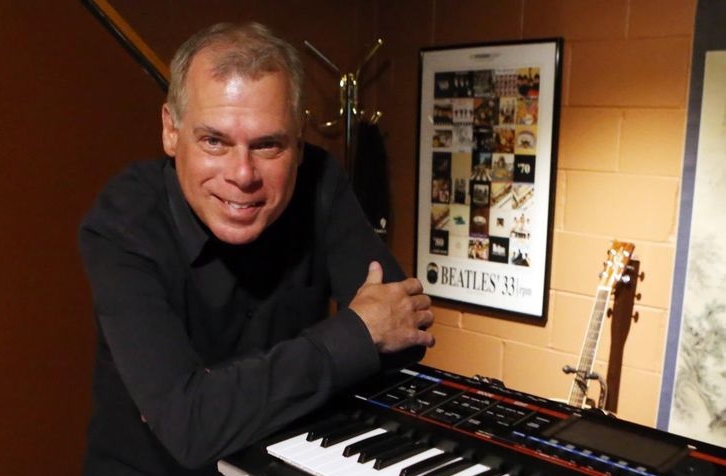 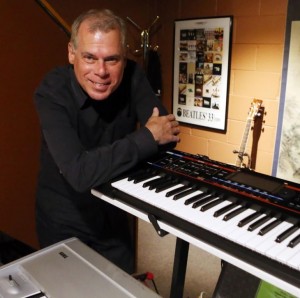 Chris Orazi in Interview with The Press of Atlantic City

Chris Orazi has written a lot of music. For 31 years, he has run his own company, CAS Music Productions, which provides music for commercials, TV shows and movies.

But Orazi, 59, of Vineland, had never had the opportunity to compose all the songs for a stage musical. That changed last year, when he got the chance to compose the music and co-write the lyrics for “Welcome Back to Oz: The Patchwork Girl.” The full-length musical for children is based on one of L. Frank Baum’s many Oz books.

As soon as he saw an early script by Donna Swajeski, a Daytime Emmy-winning writer who is also a director, producer and actress, Orazi was hooked.

When composing for the show, Orazi had to consider not just the message the characters are trying to convey in a song, but the characters themselves.

For example, one familiar character, the Lion, sings a song, “Leave Superstition,” which is about following faith. It’s an important message, but the music is light because the song is coming from a comical character, Orazi said.

“Dorothy is more serious, so ‘Rainbow’s End’ is more emotional because she is looking for the rainbow that was always inside of her,” he said.

Orazi came up with most of the initial ideas for the songs for “Welcome Back to Oz” while working on the In Home Piano Lessons, in his living room or on his guitar in his family room. He said he often comes up with his best ideas either early in the morning or late at night. And he may capture the initial spark of an idea,which can come at any time, by singing into his phone.

Orazi breaks the songwriting process into two parts — the creative start and the production end — and he is very structured about turning a gem of an idea into a song. He said he worked two or three hours at the end of his regular work day and all day Saturday and Sunday on the production side.

When Orazi comes up with something he likes, he immediately writes it down on score paper, so he doesn’t forget it. Writing it down also helps him think through the song harmonically, as he tries to think of what melody might work with the chords he is playing.

“The process went like this,” Orazi said. “I would write a sketch at the piano. I would come into the studio, and I would not let Donna hear any music until I came into the studio and produced it, at least three-quarters of the way without vocals with just a melody reference, an instrumental melody reference. I would sing it to her over the speakerphone. Then, we would collaborative further on the lyrics and back and forth. We did them all that way before we brought in any singers. I had the songs completely finished instrumentally and lyrically before we brought in any singers.”

Orazi came to Swajeski’s attention through her brother, filmmaker and creative director David Swajeski, who has worked with Orazi on projects over the past 15 years.

“It’s always difficult with a new collaborator because you never know how you will get along, but we actually really had a meeting of the minds,” said Swajeski, who is the artistic director of the Delaware Children’s Theatre, where the musical was performed in March. “He is just a consummate pro, and he and I very quickly developed a shorthand because I would say ‘There’s something missing here,’ and he would say, ‘Yeah, I know what you were talking about,’ and we would together figure it out, brainstorm, so actually, it really felt very comfortable.”

The major thing when you are creating together is that you really have to have the same vision, Swajeski said.

“I kind of told him what this is all about. He read it obviously, but he would get when I would be sort of tongue in cheek about something. I would say, ‘I need an anthem-type song here, something like Muse,’ and I would play him a little of that, and he would go right away and work on it, and what he would come back with was always wonderful,” Swajeski said.

A 1973 graduate of what is now Rowan University with majors in composing and percussion, Orazi is a multi-instrumentalist with his own recording studio.

As the musical progressed, Orazi would write out the piano score, then lock himself away in his recording studio and record the piano part. Once that was done, he would sit behind his Ludwig drum kit to come up with the percussion part. He used a Fender jazz bass to develop the rhythm section of a song and a Fender Stratocaster guitar to add finishing touches. He can use the synthesizers in his studio for horn or string parts.

The first song Orazi wrote for the show helped set the tone. “When I started to write, the first song I wrote was a song for the Scarecrow called ‘Have A Heart.’ That was the first one I wrote, and for some reason, it felt like a Burt Bacharach flashback,” Orazi said. “It felt very retro, but contemporary, and I thought if I can keep this feeling classic and contemporary at the same time, then this music will play for a long time, and I think that’s the key for most shows. I do believe in that.”

While some composers avoid listening to other people’s music when tackling a big project, Orazi said that’s when he tends to listen to the most music.

“There is inspiration everywhere. You never know where you are going to find it. I get inspired by all sound,” said Orazi.

For instance, he said his favorite bird is the mockingbird. “Some of the rhythms and melodies that the mockingbird conveys are so complex that I would have a difficult time even writing some of those down. It is amazing when you sit and listen to a mockingbird. They just never stop. They never repeat themselves. I call it the jazz bird for that reason. It’s like listening to (late jazz saxophonist John) Coltrane. It’s endless genius. I have gotten rhythms and ideas from that very bird.”

MUSICAL SOUNDTRACK – “Welcome Back to Oz: The Patchwork Girl (The Musical)” by Chris Orazi also features such artists as guitarist and singer Bugzy Boyer and singer Patti Balbo, both of Absecon, vocalist Ariana Ballerini of Ocean City and guitarist Henry Scalfo of Vineland. The album is available as an MP3 through amazon.com for $8.99 and also on iTunes and rhapsody.com “Welcome Back to Oz: The Patchwork Girl” was performed from March 7 to 29 at Delaware Children’s Theatre. The project will be submitted for publishing, so that it could be performed by any company worldwide.

Listen to Chris Orazi’s new song, “I Can See You.”