Welcome Back to OZ: The Patchwork Girl

If you are a Wizard of Oz fan, get set to follow the yellow brick road to Wilmington, DE, where the original story’s sequel, 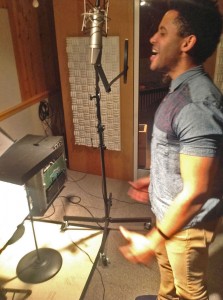 Actor Nick Pontrelli recording the Nome King songs for the Welcome Back to Oz: The Patchwork Girl soundtrack.

Set in Oz’s Emerald City, the musical, inspired by the book written by L. Frank Baum, includes all the characters you know and love. Dorothy, Tin Man, Lion and Scarecrow will be joined by two new heroines – Ojo, a lovable munchkin, and Scraps, her rag doll who comes to life. Dorothy leads her friends on a quest to help find Glinda the Good Witch so she can stop the Wicked Witch from practicing forbidden magic. Along the way, Dorothy meets some classic L. Frank Baum characters including: Wogglebug, the Nome King, and the Rainbow’s daughter. The show premiers on March 7-29, with performances at 2 PM Saturday and Sunday with a special Friday evening show at 7:30 PM on March 20. Tickets can be purchased online at Delaware Children’s Theater.

The one and only Henry Scalfo finishing up his guitar tracks on Welcome Back To Oz: The Patchwork Girl soundtrack. 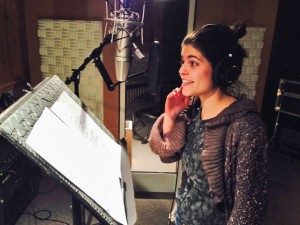 Ariana Ballerini was in to sing the part of Ojo for the new original musical: Welcome Back to Oz – The Patchwork Girl. 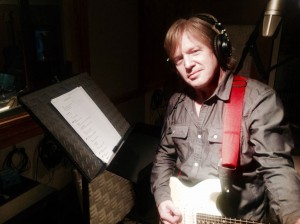 The great Bugzy Boyer finishing up his guitar and vocal tracks on the soon to be released Welcome Back to Oz: The Patchwork Girl soundtrack. 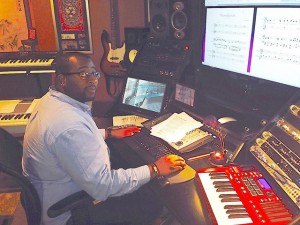 Note by note, engineer and tech, Mike Surrency is adding his #Sibelius expertise help to output the lead sheets for the #PatchworkGirlofOz